Non-bank Lending and the Economic Recovery

The Alternative Credit Council (ACC) is pleased to publish this roadmap to reform the European Long-Term Investment Fund (ELTIF) and boost non-bank lending in Europe.

The European market for non-bank lending has grown 20% year on year during the last decade and now stands at $242bn.  However, reforms are needed to maintain this growth rate as Europe still has among the highest barriers to non-bank lending in the world. If successful, these reforms could see lenders invest $1.5tn in more than 25,000 European companies by 2030.

European businesses often lack access to the capital needed to finance innovation and growth, despite the strong bank presence in many markets. It is estimated that European companies currently face a finance gap of at least €400bn.

Increasing the flow of finance from capital markets will increase the availability of capital to SMEs at a time when they need it most.  SMEs and mid-market companies underserved by traditional lenders stand to benefit most from the growth of non-bank lending in Europe.

Maintaining the stability of the AIFMD framework while reforming the ELTIF regime will be central to realising this potential.  An enhanced ELTIF regime will support greater cross-border lending in Europe and unlock retail capital as a new source of finance for businesses.

Reducing additional barriers to non-bank lenders is necessary for the development of European capital markets.  The roadmap includes key recommendations to address long term challenges in the direct lending and secondary loan markets.  Implementing these reforms will stimulate the European non-bank lending market and support a sustainable recovery across the continent.

How to reform the ELTIF regulation 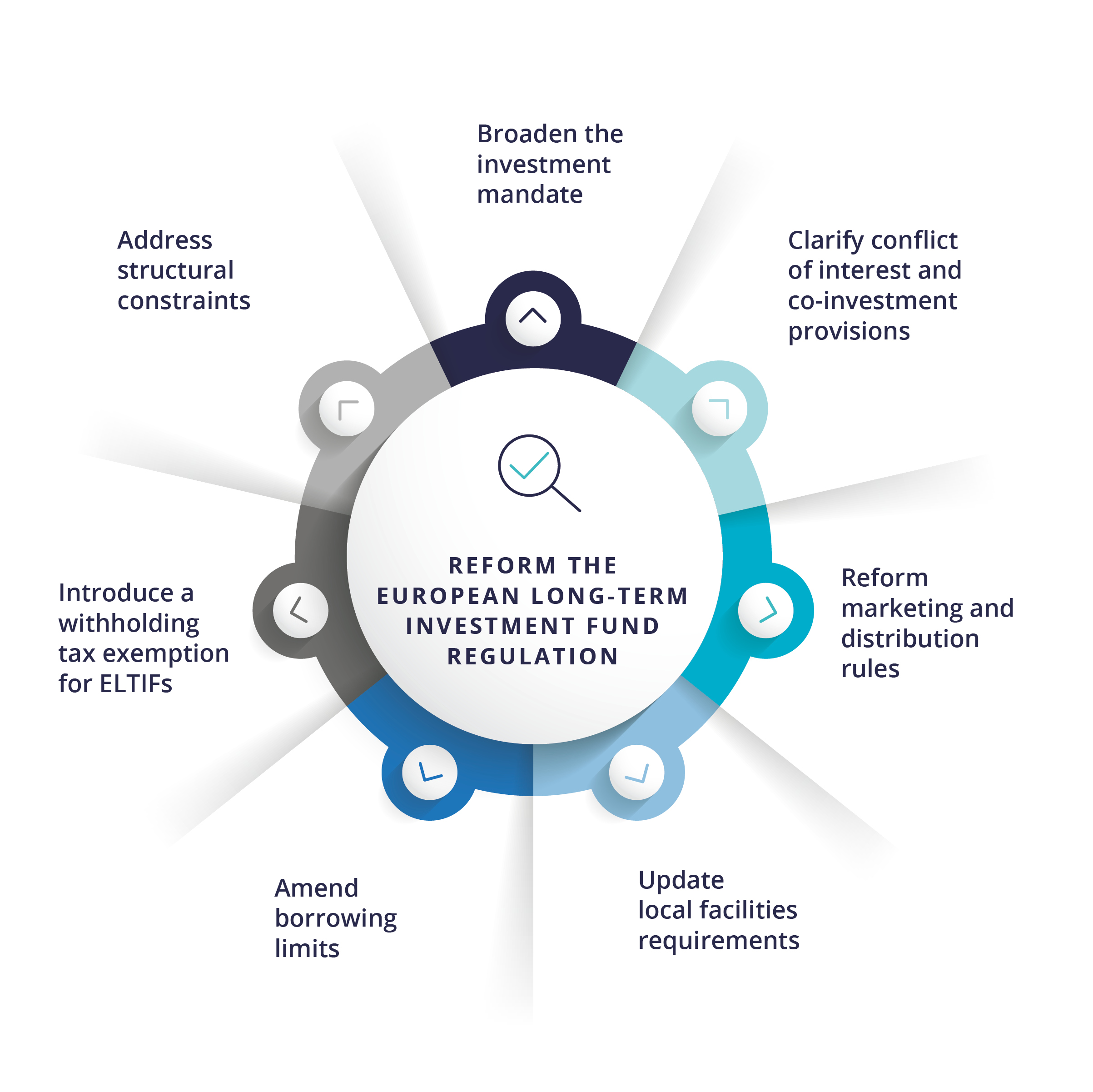 For any queries please contact Nicholas Smith, at [email protected].